The new year for the Ministry of Defence begins as the last one ended: with an avalanche of rearmament programmes sent by Minister Guerini to Parliament for rapid and predictable approval. The programmes are still labelled “SMD 2021”, a year that at this point breaks all historical records with 31 requests submitted for a total funded value of over €15 billion (and a projected total cost of over €30 billion).

Among the eight additional programmes sent on 11 January to the Defence Committees of the House and Senate, the one for the two new Orizzonte-class destroyers, costing about 1.2 billion euro each and to be produced by Fincantieri, stand out. The Navy is also involved in the programme for the support ship for the underwater operations of the Comsubin raiders at a cost of 35 million, about thirty 8×8 amphibious armoured landing craft from Iveco and Oto Melara at a cost of 10 million lire each, and the same number of armed landing dinghies at a unit price of almost 1.5 million lire.

Another thirty or so inflatable dinghies are destined for the Army landing forces, to which a first tranche (45 vehicles) of the 300 new Orso 2 6×6 armoured vehicles in the ‘command post and logistic support’ version, produced by Iveco and German company Krauss Maffei Wegmann at a cost of almost 8 million each, are also destined.

For the Air Force, on the other hand, five new CAMM-ER anti-aircraft missile batteries costing almost 50 million each have been earmarked for the Rivolto base in Friuli (produced by Mbda Italy and the UK, Avio and Leonardo), as well as new digital sensors for the radars of the NATO air defence network (100 million) and the air command post for missions abroad (in continuous capacitive development: overall, it will cost 365 million euros).

These innovations update the overall picture of the weapons programmes presented by Defence in 2021. There were 10 programmes for the Air Force, worth €6.8 billion (total expected cost €12.5 billion), with the MALE EuroDrone project (€1.9 billion) and research and development for the Tempest fighter-bomber (€2 billion) taking most of the resources.

The Navy has been allocated nine programmes with a total cost of €3.9 billion (total expected cost of €5.5 billion), in particular for the two new destroyers (€2.35 billion) and the missile radars for the Orizzonte frigates (€500 million).

Five programmes are earmarked for the Army, for a cost of about 1.4 billion (but with a total projected cost of 8.2 billion), in particular for the command outpost (€500 million) and the Lince 2 (€385 million) and Orso 2 (€348 million) armoured vehicles. There are four Joint-Forces projects with a total value of 3 billion (3.7 billion projected overall), especially for the 2.3 billion anti-aircraft missile batteries.

The Carabinieri have two armament programmes for a total of 323 million (638 million in projection) and a small programme of 46 million Euros for armed dinghies for disembarkation is ascribed jointly to the Army and Navy.

The high number of requests put forward by the Ministry of Defence since mid-2021 has always met with the approval of Parliament, which, apart from the case of the first two programmes sent to the Committees at the beginning of August, has always approved them unanimously (positive opinion of the Budget Committees before the final vote of the Defence Committees) within about 40 days.

To date, the Defence Committee of the Chamber of Deputies has already approved 18 programmes, with the last vote taking place in the session of 28 December 2021 on the integrated command and control system for air operations, the renewal of the Navy’s auxiliary naval units and the implementation of multi-mission multi-sensor operational suites on a shared Gulfstream G-550 platform. Only for the latter programme did the opinion voted unanimously provide for an “observation” by the Commission, but only to ask that “the Government (…) carry out any useful activity to enhance the participation of national industry (…) using different contractual instruments in relation to the different countries involved in the programme in order to maximise the industrial return, both direct and indirect”.

On the other hand, the Senate Defence Committee has already approved 23 weapons programmes out of a total of 31, the last five in the recent session of 11 January 2022. All of them were approved without a single dissenting vote, with Chairwoman Roberta Pinotti expressing her satisfaction at the unanimous outcome of the vote. The opinions concerned the upgrading and modernisation of Italy’s Joint Force Air Component Command (JFACC), ammunition for naval electromagnetic countermeasure rocket guns and launchers, the Defence Multi Data Link (MDL) programme as part of the broader Defence Information Infrastructure (DII) project, the Italian Army’s stocks of guided Vulcano ammunition and portable fire control units for 155 mm howitzers, and the floating training area for the Gruppo Operativo Incursori. 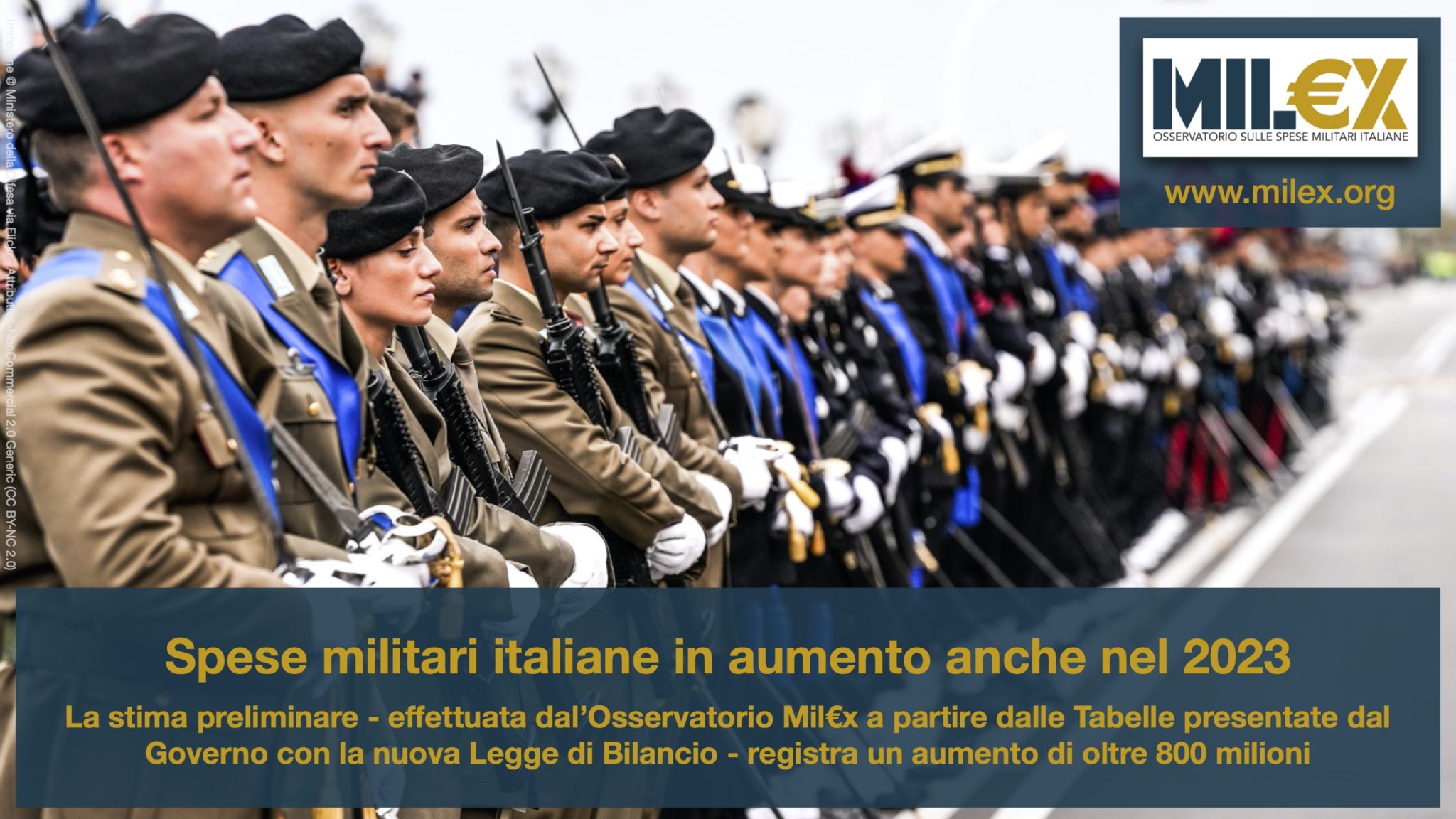